I recently had an opportunity to share my story of racial identity. This is a much more personal blog than I usually write, so please respect my story in your comments.

Growing up, I didn’t realize white people in America had a “culture” as I was living in a fairly homogenous community. As a young child, even though I had some friends who were not white, it took me a move all the way across the world to crack open my worldview. In my early 20s, living in India, I was given the opportunity to be a minority for the first time in my life. Multiple layers of being different – from the way I looked, to the fact that I had not yet learned the local language, to the fact that I behaved differently from others around me, gave me the opportunity to stand outside of my worldview and look at it from an alternative perspective.

Aside from the stares, getting taken advantage of financially, and being asked all kinds of strange/invasive questions about my life, I realized there was something else peculiar about being white in India.

I saw what it was like to be in a position of power without having to work for it. 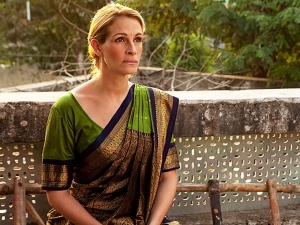 Being a white woman gave me a status that I didn’t earn. Whether it is the history of British colonization in India or the social power of Hollywood, white equates power, wealth and beauty in the Subcontinent (none of which I was really considered to have a whole lot of in my own country.) This presented me with an internal dilemma. I didn’t feel like I identified with this stereotype of white woman “power, beauty and class,” but I wasn’t Indian either.

In Indian culture, it is often a compliment to an outsider when they are told “You are so Indian.” or “You are becoming Indian.” I also used to find this a great compliment as I was working hard to learn the Hindi language, and be able to adapt to live in India without too much unnecessary struggle. Now I find it unsettling when someone says “You are so Indian.” Because the fact of the matter is, I’m not.

In recent events, a white woman was sexually harassed in Mumbai and took her abuser down when her social media post went viral. News outlets ran the story like wildfire, but many Indian women were left feeling outed. “How come when we Indian woman try to do this, no one listens. One white lady posts about her harassment, and the internet lights up.”

There is a painful truth of white privilege in this story.

I think about the Indian women I know. Many who have had to overcome family expectations to delay marriage and get an education, women who struggle against stereotypes of the subservient daughter-in-law, women who bridge two worlds- fulfill family obligations and succeed in the workforce. I haven’t participated in these struggles, but still reap the benefits.

When the Rachel Dolezal scandal went down, I had an epiphany. I can actually say that some part of me related to Rachel Dolezal and her wrestle with the pain of being a white person when she so badly wanted to disconnect herself from the story of white privilege. However by pretending she was something she was not, Dolezal disrespected not only black people across our country, but herself.

When I face someone who flippantly says “You’re so Indian” I know they may actually mean “Wow, you’ve adapted very well to Indian culture,” but the comment scrapes at the root of white privilege. Making perfect rotis, speaking Hindi, wearing a saree, or even marrying an Indian – does NOT make a person Indian. One can appreciate all things Indian, while still maintaining their own identity.

Respect for Indian people and my own family, keeps me from trying to imitate something that I am not. My family raised me with values that I deeply appreciate. I will never forget the rugged individualism and creativity that they allowed me to have – things which make me very American deep down inside. I can never forget that when I put on a saree or attend a Diwali celebration. An American is who I am, and yet I can love Indian culture and appreciate the deep traditions, history and ancient cultural practices without trying to paint on a facade of “being Indian” to be accepted.

In fact, I have so much reverence for India, that I would never flippantly claim to be Indian when I have not shared in the struggles of what that truly means.

Thank you to my family for accepting me and walking with me on this journey of racial and cultural identity. Thank you to my Indian friends and family who accept me for who I am and yet generously invite me to experience their culture alongside them.

For more on my thoughts on racial identity see Why I’m Ok Being White.

4 thoughts on “Being White in India – Privilege and Power”

What I Blog About: