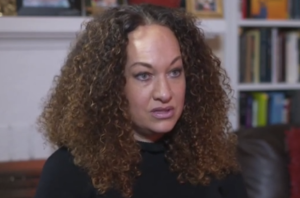 America is individualism to the extreme. We let the “self” define everything. To us, societal and family ties mean very little compared to other parts of the world where you are defined by your group. In the West, we have this idea that we are the author of our own future, our identity and fate. Some of this is good, but when we take it too far.

There are some cultural trends in Western culture, which in my opinion, have swung in a negative direction:

Family – We white people are particularly guilty of this. In general, in many white communities, we seek autonomy with our parents. Parents become friends rather than someone designed to be in authority over us. Respect for parents is considered to be antiquated,  only for the small-minded and religious zealots.

Tradition – We have decided that it is fashionable to break from tradition just for the sake of breaking from tradition. Many people would do anything else rather than to follow the religion of their parents.

How did our culture become such that each person becomes an individual molder of their own identity?

How do other cultures handle individualism?

Take a country like South Africa- where race was painfully defined and has carried out a societal structure. From this point of view, where racial identity is so well defined, it seems absurd that someone would “choose” a race for themselves. As if it was that simple.

This type of extreme individualism that we embody in the West, leads to an internalized belief that “I can be whatever I want.” Taken too far, we get Rachel Dolezal and the idea that one can pick their own race. If we look at the patterns of other societies, this idea of being “transracial” is totally corrupt.

Its like white privilege and Western individualism had a lovechild and Rachel Dolezal is what we get as a result.

The pendulum has swung too far in the direction of “individualism” in the West. I predict in future generations, we may come back to a closer balance between the individual and the community.

Gandhiji, Nelson Mandela and Martin Luther King Jr. are the three most well known social reformers and freedom fighters of the last century. Each of these men represented an oppressed people whose land and/or livelihood was occupied or stolen by white people. Each of these leaders fought against the unjust nature of white dominance. During Black History month, I’ve been reflecting on the contributions of those such as Dr. King, and the ripple effects which the civil rights movement caused for other Americans of color.

Even though the United States has had South Asian immigrants for at least 100 years, Indians in America today have a complex way  of fitting into the race and cultural wars in America. With so many Indians in the media who own their cultural heritage, including Preet Bharara, Nina Davuluri, Mindy Kaling, Indra Nooyi, Dr. Sanjay Gupta, Fareed Zakaria, Ravi Zacharias, and many more, there are still some who publicly chose to shy away from their Indian-American identity.

Governor Bobby Jindal is a prime example of a confused Indian-American.  In a recent statement, he encouraged NRIs (non-resident Indians) not distinguish themselves according to their ethnic background, but to call themselves “Americans” rather than Indian-Americans. He thinks somehow distinguishing and appreciating the cultures we came from will lead to discord among people groups, rather than fostering an appreciation.

The rhetoric of “America as a melting pot” is outdated and inaccurate. America should be described as a chunky stew where each bite gives you a variety of tastes, as individuals own their unique identities. Jindal’s one-size-fits-all philosophy is very 1970s where we were taught not to see color, but just hold hands and sing kumbaya while pretending we have all been given the same social power.  So called “colorblindness” as we attempt to form into one singular identity, has clearly not worked.

Instead of a adopting a one-size-fits-all identity, we should be inspired to own each of our ethnic identities and embrace the freedom to be who we are. This kind of freedom has only been made possible by respectable people like Dr. King, and all those who fought, and continue to fight for equality in our country.

The road of immigration to the US has been built on the civil rights movement. Not only the rights of black Americans were fought for, but an opening for many more people of color to gain access to the American dream was also created.

Growing up I thought racism was something “out there.” Slavery, the KKK, and white supremacists were what I thought of when I heard the word “racism.” Of course, it wasn’t something that hit close to home for me or that I even acknowledged as a problem. I knew there were racists in our country, but it was something that I only saw on TV, or read about in my children’s US history books about the evils of slavery.

I regret that only recently I’ve becoming aware, of white privilege and systematic oppression of people of color (POC), particularly African Americans. With extreme cases like Trayvon Martin, Jordan Davis, and Michael Brown we are confronted with a pervasive racism in our country which needs to be addressed. But not only this, but even on a much smaller scale, in daily interactions, we need to be aware of the racism that POC face.

As I’ve become more aware of this I feel two things: “How come didn’t I clearly see this earlier?” and “How should I respond?”  I’d like to address some of my feelings on the second question in how I feel white Americans can respond to racism in our country:

This is an uncomfortable place. If you’re like me, you will naturally react in your mind when you hear people talk about “white supremacy of America”, “white privilege”, or “systematic oppression.” If you’re like me, you will feel reactions against what is being said to you and excuse yourself from injustices that you feel you had nothing to do with. Acknowledge that while you might feel non-racist, push yourself to LISTEN first. Speak less. Think about the things in your life which might have strings of prejudice attached and start pondering there.

If someone says they are being discriminated against, don’t write them off. Really listen. Consider it from multiple perspectives.

2) Push back against your “filter against anger”

No one likes to be yelled at, cursed at or called names. The reaction is to stop listening immediately. But look beyond that. Challenge yourself and your way of thinking.

There is a lot of talk about the angry black folks and people discarding what black people say if there is a slight twinge of anger in their voice. Being a communications professional, I’m particularly sensitive to mediums of effective communication, but if one is to be superbly understanding, look beyond the emotional response of the communicator and listen to the content of the message. People have a right to be angry about institutionalized racism, and it is our place as the listener to filter through the anger, and listen to the underlying message. Find voices out there who are balanced, intellectual, and bold like Michele Alexander or Ta-Nehisi Coates.

3) Don’t embrace self hatred for being white

Feeling a deep sense of “white guilt” or feeling regret about your race is not going to help you.  Part of the initial guilt is a good thing, helping us to realize the privileges we have in this country due to our race. However, you can do something about it. While other people may stoop to the level of saying hateful things about someone based on their race, you don’t have to let it soak into your skin.  Acknowledge your privilege, but don’t hate yourself for it. See my article “Why I’m OK Being White” which talks a little about my personal experience of discovering my whiteness as it pertains to being in relationships with POC.

One way to fight back against racism instead of sitting back and doing nothing, is to be an ally. Look at your race and privilege as an opportunity to build others up. When you see an injustice going on, speak up. If you’re put in a position of power which a POC color deserves, step down (easier said than done).

Even though some people say white people need to “shut the f* up,” I disagree. If one listens first, there is great power when someone with privilege gives it up and speaks out against it. If only people of color are speaking out against racism, we will not get very far in seeing it actually eradicated.

A few months ago, the Cheerios ad showing an interracial couple and their child sparked all kinds of ridiculous controversy which made thousands in our country hang their heads in shame. Reactions to this ad show a disgraceful state of backwards individuals that still exist in the USA today.

According to the 2008 census, 15% of new marriages are interracial. So, why does it feel weird to some to see an ad representing a normal consumer population on TV? The website We Are the 15 Percent aims to change that. This is one effort to show the real faces of interracial families. Hundreds of families have submitted their photos to show that interracial marriage isn’t all that strange anymore- but is a normal part of our society.

But there is one reaction to racism which makes me very uncomfortable.

Believe it or not, there are people out there who are determined to marry someone of a different race, just to make a point.

Have you ever heard someone say “I like white girls” or “I am only attracted to black men” or “I fit better with desi guys.”

Something is wrong with a person who is attracted to someone just for their ethnic label.  A person’s race is only one quality that expresses who they are.  Putting an individual in a box is a dangerous game to play when considering about a lifelong relationship. If a person marries another primarily because of their race, they will be disappointed when that person surprises them by being an individual with a mind of their own.

I recently heard a story on This American Life about a white American man who only wanted to date Asian women. Eventually he got what he wanted, when he met a Chinese woman online and got married. He was really disappointed and surprised after a few months of marriage when she showed him that she had a unique personality and didn’t fit into his little box of what he thought an Asian woman was supposed to be.

Being a train commuter, I get the chance to read quite a bit. And being a member of the Chicago Public Library, I am able to check out the newest books of the season via my Kindle.

Parameters: I enjoy books which address human suffering, complicated relationships, or ones that enlighten us on life.

I’ve attempted to write a one sentence summary of my thoughts after reading the book, or what I felt the book was trying to accomplish.

OTHERS I READ, BUT DON’T HAVE A STRONG OPINION ON

What I Blog About: